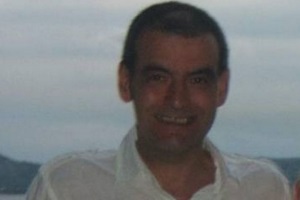 Worker trapped under forklift for an hour loses leg

A Scottish firm has been fined £200,000 after a worker lost a leg in a horror warehouse accident involving a forklift truck.

Les More, (pictured), was hit by a forklift truck in parcels firm DX Network Services warehouse and was trapped under the machine for an hour. Surgeons couldn't save his left leg which had to be amputated above the knee.

The company was slammed by Sheriff Douglas Brown over the "clearly foreseeable" accident. The firm had originally blamed Mr More and the forklift driver but the Sheriff said there had been a systemic failure to separate pedestrians and forklifts at the Eurocentral depot in Lanarksire.

Hamilton Sheriff's court heard that warehouse operative Mr More, 58, spent six weeks in hospital including fifteen days in intensive care after the accident in January 2018. Neil Thomson, prosecuting, said: “His left leg had to be amputated above the knee and he underwent four skin graft surgeries on his lower right leg".

“He continues to receive physiotherapy and ­counseling. His wife has had to give up her job to become his full-time carer and their home has been modified.”

DX Networks, which employs 3500 people in the UK, admitted breaching workplace safety laws. The company took steps after the accident to improve safety. Sheriff Brown said he would have fined it £300,000 had it not pleaded guilty