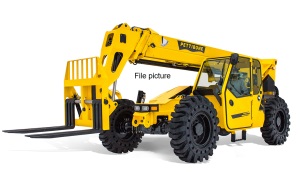 Worker injured in accident with chute and telehandler

A recycling company has been fined after an employee was injured whilst clearing a blockage in a waste metal chute and hitting a telehandler bucket.

An employee of PG Skips Limited was injured when he fell through a chute, approximately four metres above a concrete yard, whilst clearing a blockage, on 9 October 2017, Shrewsbury Crown Court was told. Another employee, who was waiting in a telescopic handler to collect the waste metal in the machine bucket, saw him fall and moved the machine to try and catch him. The employee was hit by the bucket and sustained injuries including several broken bones.

The HSE’s investigation found that there was no risk assessment or safe system of work in place for clearing blockages. The company had not considered the risk of employees falling through the chute from that height.

PG Skips Limited of The Lowe, Wem, Shropshire were found guilty of breaching Section 2 (1) of the Health and Safety at work Act 1974 and have been fined £17,500.

Speaking after the hearing, HSE Inspector Sarah Baldwin-Jones said: “This significant injury to an 18-year-old employee in his first employment could have been easily prevented. The remedial action taken to prevent future blockages implemented after the incident had no cost implication for the company. Employers should make sure they properly assess and apply effective control measures to minimise risks from clearing blockages.”