Tougher penalties have had a positive impact 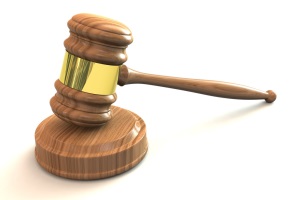 Five years on from the implementation of new court guidelines for sentencing such offences, the Institution of Occupational Safety and Health (IOSH) says they have had a positive impact, persuading businesses to invest more in protecting workers, but believes more still needs to be done.

Following the implementation of The Sentencing Council's Health and Safety Offences, Corporate Manslaughter and Food Safety & Hygiene Offences Definitive Guideline, on 1 February 2016, the average fine handed out by courts increased from just over £54,000 in 2015-16, the year before the guidelines were introduced, to over £150,000 in 2018-19.

While that figure fell by 27 per cent to £110,000 in 2019-20, many fines since the guidelines were introduced have topped £1 million and involved some high-profile organisations.

In the same period, the number of enforcement notices issued by the Health and Safety Executive to remedy breaches without court action, has fallen. Provisional figures for 2019-20 showed there were 7,075 notices, the lowest since 2007-08.

IOSH’s vision for a safer and healthier world of work focuses on the prevention of accidents, injuries and ill health and recognises and champions many benefits to good health and safety management. It says the level of fines and reputational impact undoubtedly makes businesses more determined to prevent accidents and work-related ill health.

However, it says the desire for doing so should not be merely financially motivated and believes the UK’s fatal workplace injury figures show there is still room for improvement.

Between 2015-16 and 2018-19, the number of fatalities in workplace accidents remained at a similar level, with 147 and 149 deaths respectively. The number did dip significantly in 2019-20, to 111, though the beginning of the Covid-19 pandemic is likely to have been partly responsible for this as companies began operating remotely, undertaking operations differently or stopping work completely.

Ruth Wilkinson, head of health and safety at IOSH said, “The average fine amount rose sharply in the first few years after the guidelines were introduced, substantially for larger organisations. We believe this, coupled with the reputational impact and worker, public and supply chain requirements for safer working practices and responsible employers, has had a significant impact in persuading businesses to invest further in looking after their workers.

“While you cannot put a value on human life, the level of fines now being handed out demonstrate and recognise society’s disapproval of serious corporate failures that lead to injury, illness and death. It reflects a desire to deter others from making the same errors and takes significant steps forward in aligning penalties for these offences with other regulatory breaches in the UK.

Before the introduction of the guidelines, there was little assistance for courts sentencing health and safety offences.

The 2016 guidelines, a 40-plus page document, provide a step-by-step guide for sentencing both companies and individuals for health and safety, and food, offences. This includes taking into account the turnover of the organisation, the level of culpability and the likelihood that the failing could lead to harm and how bad the harm could be.