A brief history of the owner of this website 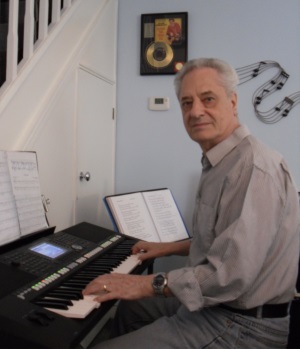 My name is Tony Sellick and my interest in forklift trucks started in 1970 when I worked at Yale Forklifts as a draughtsman designing them. I left the drawing office in 1973 and moved into training. In those days I was conducting product knowledge courses for salesmen and sometimes service engineers. This took me all over Europe to Finland, France, Spain, Germany, Holland, Eire, Italy and others not to mention all over the UK. I have also trained forklift instructors in Saudi Arabia on two occasions.

I became an RTITB registered instructor in 1978 and when the RTITB advanced instructor register, (since discontinued), was created in 1979 I was one of the first on the register, (number 29). In the mid eighties I was a founder member of the committee that created the AITT and ITSSAR and helped to run the first Forklift Driver of the Year competition at MOTEC in Shropshire. I was also on the committee which changed the forklift instructor's maximum penalty points to 25. It had previously the same as an operator at 40.

I left Yale when I was training manager in 1980 and started my own business, AES Training (UK). This company, (named after my initials), is still trading to this day although I left in 2002. I also have extensive experience in marketing and training.

I have had a long standing interest in computers and electronics. It all started when I worked as a draughtsman at what was then, English Electric Computers at Kidsgrove, Staffordshire back in 1966 when a computer was bigger than an average garage! 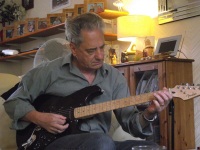 I was only there for just over a year but the job left me with a permanent interest in computers and electronics which persists to this day. Later on in life I took my radio hams' examination obtaining my own call sign and was one of the first to buy a home computer around 1980 when the Commodore VIC20 went on sale. I spent many a happy hour on that writing programs in BASIC and when the Internet started I was soon on line starting with a Windows 3.0 PC in 1995 having dabbled in the delights of MS-DOS for years:-) On line in those days meant using a 14.4k modem! Broadband didn't exist and it was not unusual for a web page to take half a minute or more to load!

I designed my first web site in 1997 using Netscape Composer which was included with Netscape Navigator Browser long before Internet Explorer, Firefox or Chrome were heard of. Nowadays I do my web sites in Adobe Dreamweaver and use CSS to make them easier to modify if needed.

Apart from computers and forklifts, my passion is music. I spent many years playing in bands around Shropshire. I sang, played keyboards and bass in the bands and today I still keep my hand in singing with a collection of more than 60,000 karaoke tracks. I have a nice Fender electric guitar plus an acoustic and a Yamaha Tyros 5 keyboard. I play bridge, (which I used to teach), and bowls at local clubs. I'm married to Lindsay who I send out to work whilst I pursue my hobbies now I'm retired:-)

Disclaimer The legislative information contained on this web site is my interpretation of the law based on many years in the health and safety business. A definitive interpretation can only be given by the courts. I will therefore not be held responsible for any accident/incident/prosecution arising as a consequence of anyone using any information obtained from this web site.